Product and
brand design
The idea began when we decided to use Snapchat stories as a form of content, two weeks before Instagram Stories was released.

Create an engaging way to explore the city

The team consisted of myself as the product designer alongside two iOS devs and two backend devs. We designed and built Hunt in two weeks during our Summer ‘16 HackNY Fellowship 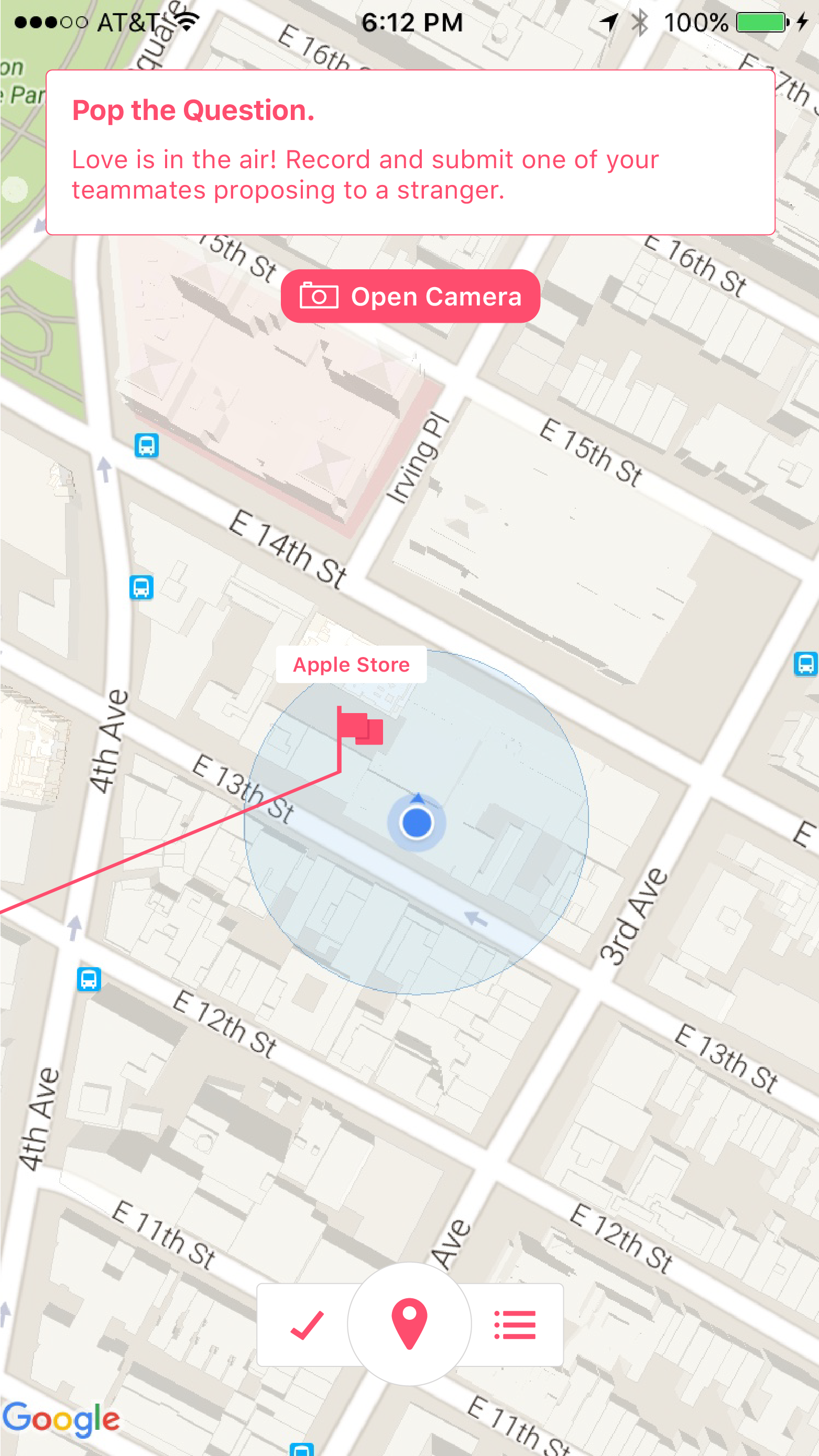 The following screens depict what you'll find in the app before a scavenger hunt game begins. We wanted to educate everyone on how the game works through onboarding pages and empty states.

Finding and completing a task

After a game begins, you'll be prompted with a clue that leads to a location. Once you're close enough to the hotspot, your team is given a challenge to complete and record. On the right is a screenshot of a courageous HackNY fellow completing the challenge of proposing to a stranger.

In the second week of testing the app, we organized a time for all of the teams to compete at the same time. We chose the iconic Ample Hills creamery as the final destination and created these posters to help get folks excited.